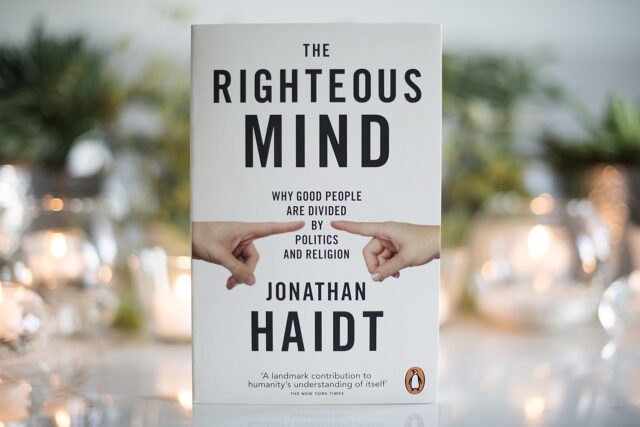 Let’s suppose that there’s a man who bought a chicken from the supermarket. But instead of simply cooking the chicken, he had sexual intercourse with the chicken and then cooked it. Was the man morally right or wrong in doing so? If your gut reaction to the question is yes because he violated something sacred, then you’re a conservative. If you think he’s not morally wrong because the chicken was dead and he did no harm to anyone, you’re a liberal.

But when this question was posed to many people with liberal inclinations, despite conceding that there wasn’t anything morally wrong with the man’s action, they showed a very high degree of disgust. Many people with liberal inclinations intuitively said that the man was morally wrong. But when pressed further with the contention that he did not harm anyone, they invented reasons to justify their reactions. Some of the respondents said that the man would get diseases from such an action and, therefore, it was wrong. Some suggested that the neighbours might find out about it and be traumatized by this.

Such experiments carried out by Professor Jonathan Haidt, the author of the book the righteous mind, indicate two things. Firstly, there’s something more to human morality than just care/harm. Finally, human intuitions are the primary drivers and rationality is often employed to justify those intuitions. The author explains the latter distinction through the analogy of the elephant and the rider. The elephant represents our moral intuitions which vary significantly across cultures. The rider is our rational mind that, although appearing to be in control of the elephant, is making gestures according to the elephant’s directions, defacto, in control.

Building upon such vital distinctions, the author carried out multiple experiments in his academic life to answer some very fundamental questions. Some of these questions are, where do human morals come from, what are the constituent parts of human morality, and why do `good’ people with noble intentions disagree so firmly on questions of politics and religion.

The author’s pursuit of these questions has culminated in this book. Through his research, he concludes that there are five innate foundations to human morality, as indicated in Figure 6.2: care/harm, fairness/cheating, loyalty/betrayal, authority/subversion, and sanctity/degradation foundations. The author expanded the list to include the liberty/oppression foundation, too, based upon further research.

Through his studies, the author cogently demonstrates that the fundamental difference between liberals and conservatives is the relative preference between these six foundations. Through research, it is found that across cultures, the liberals incline towards a three foundation morality (care/harm, liberty/oppression, and fairness/cheating foundations). In comparison, the conservatives have a more tempered but all six foundation morality.

This data is represented in Figure 8.2. So essentially, the liberals reject (or value significantly less) the other three foundations of morality. Furthermore, the author devotes an entire section of the book to argue that human beings have a highly tribal mindset. This idea is represented in his metaphor that the human being is 90% chimpanzee (selfish and individualistic) and 10% bee (communitarian and hierarchical).

The author argues that understanding these foundations of morality can help us communicate with each other better. Unfortunately, most communities and groups tend to attract people with very similar moral foundations, thereby perpetuating prevailing groupthink. Therefore, human beings must come out of their moral comfort zones and engage with each other while appreciating the other person’s moral foundations.

Despite being a very well substantiated book, there are two main limitations to Professor Jonathan’s work. Firstly, besides exploring the roots of moral psychologically academically, the author frequently employs many socio-political events within the American context to communicate his ideas. While this makes the book more readable, it also makes it more controversial for people on the opposite end of the spectrum relative to Prof. Jonathan’s conclusions. Secondly, the author adopts the paradigm of evolutionary anthropology and psychology to explain the existence of the six foundations of moral psychology. While being an accepted paradigm of science, the arguments based on such an evolutionary paradigm tend to be highly contested and frequently debated in the absence of conclusive biological evidence.

Despite these limitations, the book is thought-provoking and intriguing. Although the book is from an academic professor and is replete with academic studies, the author’s compelling and lucid writing style makes the book very clear and enjoyable to read. The author frequently deploys metaphors to explain some of the critical ideas of the book very clearly. A lot of the readers describe it as a paradigm-shifting book. This book will be handy for Indian Muslims searching for a language to articulate their socio-political issues against a rising anti-Muslim sentiment.

Experiences of Traversing by an E-bike 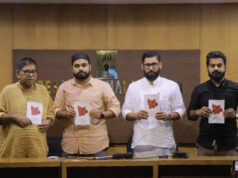