Home Science & Technology Crony Capitalism, Surveillance and the Way Out

The capitalistic tendencies of digital platforms and the power-seeking tendencies of the state’s actors have now created an evil marriage between the two i.e. crony capitalism and surveillance. There seems to be this collusion between them thus increasing the ‘unrealized miseries of the public more. I use unrealize because most of the public haven’t yet realized the dangers of the technological control under which they are slowly getting sucked into.

Today fake news has the power to instigate a riot or lynch an innocent through the mere use of social media. Although there are bots created to make social media posts viral, there are research suggesting that human actors are more involved in spreading fake news. One of the biggest reasons behind the virality of fake news is the technological design of digital platforms. The more something spreads the more profit they can make, and unfortunately the fake and wrong information have got something in them to create more interest among the masses.

These platforms allow them more to be shared and thus we see so much hatred and polarization in the cyber world. As you can advertise anything on digital platforms, political actors are now playing their part of inciting fear and division among the masses to keep the power in their grip. Evidently, these technological platform are being used for political manipulation of the masses, influencing their social and political opinions thus putting democracy across the globe in huge danger. There is this abrupt realization of an Orwellian and Huxlian totalitarian dystopia knocking at our doors. Unique Identification Projects like Aadhar is an example of such a dystopia – are we not gradually drifting towards a surveillance state?

Similarly take the example of privacy. Does Islamic ethics encourage any kind of surveillance? Then how do we allow these systems to flourish without raising any concerns against it? At least the question is for those who raise their voice against oppression through their activism day and night. If we are encouraging the same system throughout without any concern, then where is all this going to take us?

Take another example of the planned obsolescence of the technological devices. Most of the device manufacturing giants keep strategizing to sell more and more. How will this happen if the life cycle of a device is longer? So the devices are made in such a way that they don’t last long, a small defect in them costs the user so much that he/she decides to buy a new one. Also the design of most of these devices are least modular, least interoperable and least standardized, discouraging the user to think about replacing the defective parts only. The opacity of these devices keeps increasing in order to discourage any kind of ‘Do It Yourself’ (DIY) tendencies. Opacity in design is pushed both in terms of hardware as well as software.

Similarly, the status symbol, fashion cult and celebrity endorsement push many to go for newer versions of these devices which keep coming every year with largely cosmetic improvements. Without any need many people go for newer devices largely in smart phones every year. This results in what? On one side the lower life cycle of these devices creates a lot of e-waste whose supply chain again goes through cycles of exploitation at every stage. And on the other hand the manufacturing creates more and more carbon footprints impacting the environment adversely.

Consumeristic tendencies make us a part of the same system which seems to be creating more chaos across the world. Do we go through a checklist before going for any technological device in order to address these concerns? Or does our buying decisions only depend upon the market bubbles like how many megapixels, processing power, battery backup etc.?

What’s the way out?

I have tried to show the darker side of the present digital realm in which we are living. Does it mean that there’s nothing good in all these and everything is hopeless? Of course good people try to find opportunities in any system and keep their voices alive. That’s the reason we will find a lot of good things and positive elements in all these digital platforms. But the problem is, today’s networked society has more negatives than positives – more hatred than love, more greed than generosity. But I would also argue that there’s a lot of voice still actively trying to resist against the crony capitalist technological oppression.

PCs and the internet started with a huge potential of democratizing information and knowledge but gradually capitalistic tendencies created a hegemony blowing away the possible merits in them. Going beyond just asking questions about good and bad use, we also need to look at the appropriateness of technologies in various contexts. Is the present society in which we live ready to adopt new technology? Is it really going to be helpful to the general public? Who is behind them and what’s their agenda? Today’s technological control are in the hands of a few, thus increasing the miseries of the masses and suppressing those who dissent.

If you bring Islamic ethics into this then crony capitalism, labor exploitation, compulsion in opinions, totalitarianism, environmental degradation, privacy, passivity, commoditization of knowledge and education, commoditization of art and culture, consumerism and israaf (extravagance) are some of the important problems which needs to be addressed in our present digital life. Bring socio-political assertion and thus activism into this picture and we need to blend all our resistance against the oppressive powers with technological considerations too i.e. the digital resistance.

I see the merits of digital technologies only realizable if our society agrees to bring the common minimum ethics into consideration. Thus the action I am talking about has to be built from common ethics where various actors come together with their own sets of ethics derived from their religion and ideologies.

Islamic ethics if applied in our digitally mediated life has many guiding principles on which we can live our life and resist against the technologically enabled oppression whose roots cannot be traced in a particular geography – it’s as fluid as the cloud. So what should we do?

The need to develop an ethical model of our life in this digital age, is felt strongly while writing this article. An interdisciplinary work based upon extensive action research and theoretical grounding is the need of the hour.

Pariser, E. (2012). The filter bubble: What the Internet is hiding from you. London, England: Penguin Books.

Zuboff, S. (2020). The age of surveillance capitalism: The fight for a human future at the new frontier of power. New York: PublicAffairs. 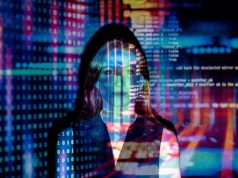