Home Deliberation Deconstructing The ‘Muslim Problem’: Who All Are ‘Suspects’ In India?

Who all are suspects? is a general question in an era when the State collude to built criminal impunity to the perpetrators of sexual violence in Adivasi belts of Chhattisgarh, gives strategic cover-ups to the security forces committing extrajudicial crimes in Kashmir, and also collaborates in racial attacks on people belonging to ethnic groups of North East. But the question turns bit complex when it is discussed in congruence with the plight of Muslims in India. We see a sea of sympathy as well as an acknowledged silence in academia, politics and activism. What we are witnessing is a new specificity in which Muslim identity is exposed to a unique triangulation of vicious ‘state repression’, ‘societal vigilantism’ and ‘malicious propaganda’ serving the dreams of international military-security complex worldwide. It is evident that nascent Islamophobia is hegemonic to the extent that it even enters Muslim ‘kitchen’. The dangers inherent in the ‘politics of imperialism’, and generalized logic of dehumanization may become a primary step of an unfolding ‘genocide’. What we see in India today is a process of delegated hate crimes that has the potential to trigger an informal warfare in the sub-continent.

Muslim Indians and the Dual Movement

Installation of the case for ‘dual movement’ analysis here necessitates a characterization of the generality of all contestations in the contemporary era of political crisis which also takes into account the uniqueness of State-Muslim interface in India.

Dual movement is the specificity of oppression meted out to Muslim Indians that runs at two parallels. Firstly, Muslims are at peril as common political subjects along with other citizens in the face of governance crisis. Secondly, they are targeted for their identity of being Muslim where existence as a bare body is under tremendous attacks.

Therefore, a cardinal focus should be to differentiate the exclusiveness of Muslim plight from the enquiry of how Muslim Indians accounts for generality in the face of changing nature of all conflicts within the realm of Indian State.

Governance is crippled with anomalies created by securitization and neoliberalism. Internal Security paradigm has brought about new technologies of violence. Repression meted out to the constructed ‘other’ is intense and always exhibited state coercion which is true of all contested terrains. This is also true for the Muslims of India as is the cases of Kashmiris who are demanding self-determination, ethnic communities of North East, and adivasis caught up in the face of the state sponsored war on Maoists. Therefore, governance becoming more repressive in all contested areas is one of the instances which make a point of ‘generality’ of the Muslim question.

Aihwa Ong brings into picture the exception created by neo-liberalism that permeated multifaceted inequality. It brought a pyramid political system with plutocrats and political class at the top, engineering ways for normalization of the exclusion. Ong posited changes brought out by neo-liberalism that has reframed political spaces and populations. This is reflected in all grey areas including that of the socio-economic backwardness of Muslim Indians that make another case of generality like any other marginalized constituency.

Moreover, the decision making process, the socio-economic spaces, and the political opportunities are proven discriminatory. In India, who is represented? is a problematic question. It took years to accommodate a player for Indian cricket team from Kashmir. Maidul Islam had opined that Bollywood is a banal instrument of modernity constructing the ‘Muslim Other’. While Bollywood was a no-admission area of the North East ‘face’ till recently, people caught up in the Maoist war zones are the ones who are historically under-represented in mainstream.

Here comes generally the question as to what is the ratio of ‘Muslims’ in Security establishment, Bureaucracy, and Legislative institutions? Therefore, a benchmark of representation and opportunity of participation is a way through which different contestations can be looked upon so as to generalize the existence of acute social cleavages, which also make an exemplar of generality for issues concerning Muslims in India like other marginalized sections.

No doubt, ‘Who is suspect?’ and ‘Who all are suspects?’ are generalized questions since the nature of regime we witness in India today is more brutal on political questions of public goods. It would be then more pertinent to ask ‘Who is not suspect?’ or for that matter ‘Who all are not suspects?’ Since social strife is becoming multilayered in tandem to the uncertainties generated by capitalism, India is moving towards a stage of ‘rule by suspicion’, and ‘otherization’ is increasingly becoming a constitutive term in the definition of governance today.

While contemporary imperialism precipitated the misrepresentation of Islam, Muslims emerged as a Global Suspect Community. As a consequence, demonization of Muslim body is a generality that surpass all other structural indifference around the world. At the same time, we cannot deny the fact that there are communities and groups under suspicion across international borders. Since modern nation-states are contested topographies, different groups are always under suspicion. Shifts with respect to the universality of state-society interface in India only intensified these tendencies which are also seen in the situation of Muslims.

Analysis of Paddy Hillyard who coined the idea of Suspect Community in the context of Irish national assertion in Britain (and also post-Hillyard theorists who argued that Muslims are the new suspect community) is relevant here. The propositions of these theorists underplayed the ‘generality’ of the multiple contradictions in a diverse society like Britain where the debates on multiculturalism gained significance. As far as India is concerned, generality of the contestations should not ignore the particularity or the ‘uniqueness’ of oppression meted out to Muslims. A due recognition of multi-pronged attacks on Muslim identity and a resolve to fight it in appropriate language would only strengthen the broader struggles against authoritarian politics that thrives on the edifice of exploitation networked from global to local. Therefore, an analysis of multicultural-multiclass society like India should dwell on a ‘dualistic approach’ of seeing the generality as well as the uniqueness.

Blind Generality at the cost of a Suspect Community

Hate crimes against Muslims in India skyrocketed than ever before. All manifestation of attacks on Muslim minority have started following a pattern parallel to the global romance of Muslim bashing as generated by the Islamophobia which is also aided by the international Zionist agendas. Right from the United States to the metropolitan citadels of Europe, Muslim minorities have started mobilizing themselves into organized entities to resist day today ill treatments. This is also true of Muslims in India where they are indeed a persecuted minority given the vicious oppression emanating from historical blames passed on them on account of India’s partition in 1947, spiraling communal violence, and also the vociferous vilification through the national security doctrine that exhibits an imprint of infamous ‘Global War on Terror’. Ujjwal Kumar Singh argued that post 2001 discourse on terrorism in India accommodated in itself the dominant idea of global risk which led to a ‘universal-essentialising’ discourse that entrenched the notion of marking the entire community as ‘suspect’ and also ‘dangerous’ in public talks. Muslims are therefore a suspect community in India and are increasingly becoming targets of scorn and terrorism at the hands of radical-fundamentalist Hindu outfits. What lies at the root of this is a fundamental change in the outlook of a segment of Hindus towards non-Hindus and minorities.

New generation of young Muslims are now asserting their identity to defend themselves in articulation as a form of resistance in public spaces, especially in Indian universities. In the second half of 2017, a controversy was erupted in Jawaharlal Nehru University (JNU) of New Delhi and it went unnoticed in the mainstream media. A section of the dominant parliamentary Left groups triggered controversy by fierce denigration campaign against a Muslim student organization of the campus on a charge that the latter used the phrase ‘Insha Allah’ (If God Wills) in public domain as a slogan of struggle. The unprecedented demonization drive targeting Muslim student groups is a clear sign of the Right Wing deviation in parliamentary Communist Parties and also an indication of the budding Left Wing Islamophobia in India. What they selectively ignored is that Insha Allah (If GOD wills) is (also) a powerful slogan raised by millions of oppressed against the barbaric tyrants right from the imperial Israel to the demons of Myanmar. This is a phrase that would echo around the globe with its sheer passion until ‘imperialism’, ‘state-terrorism’, ‘Zionism’, ‘fundamentalism’, and ‘Islamophobia’ of various sorts plague Muslim societies with violence.

Few self-claimed theoreticians of the parliamentary Left in Delhi started finding an equivalence between positive-liberative connotations of the phrase Insha Allah (If God Wills) with that of the slogan pioneered by majoritarian jingoism. By doing so, in the first step, they (at least they should have read MN Roy’s writings on the historical role of Muslims) are denying the fact that there is a similitude/an equivalence between the oppressed identities and the general working-class identities.

JNU debate over the use of Insha Allah (If God Wills) phrase is a symptom of a surprising discriminatory approach entrenching in the discourse of resistance. Blind generality would lead the resistance collectives to revisionism. It would cause an unconscious co-option of democratic movements into dominant narratives that reinforce the infamous binary of core and periphery. At present, this trend is visible in India since the country is polarized as resulted out of the politics of hate sponsored by the right wing ultra-nationalism of the BJP. We also see notable crisis of opposition where the Congress Party and the Left are caught with the disagreements over a secular praxis of an alternative hegemony. 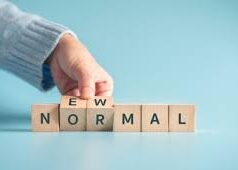