Naaji Noushi, an Oman-based traveler and Lionel Messi fan, began her journey to the 2022 FIFA World Cup in Qatar on October 15 of this year. Only she would do so from her home state of Kerala in India, covering over 3000 kilometers, all by car. She would certainly be in for a shocker when Messi-led Argentina succumbed to a defeat against a modest Saudi Arabian team in their first group-stage match of the competition. Jubilation, ecstasy, or gloom? Fans felt it all. Thousands across the stadium, across the Gulf peninsula, and certainly across Asia.

This year’s host to the tournament Qatar has been severely criticized for a number of reasons, from its treatment of migrant workers to its stance on alcohol. As justified as they are, there is a sense of disdain-filled hypocrisy in a large section of the Western media’s labeling of thousands of Indian fans of the sport as “fake fans,” the absolute hammering of Qatar’s football team as terrorists and sell-outs, and the BBC’s showing of openly racist commentary instead of the event’s opening ceremony.

Football has surely become an avenue for political and capitalistic gains, but overshadowing it to such an extent that it borders on denigration is concerning. Or maybe it should have been expected. The West’s inability to break the habit of relentless moral condescension is glaring. Islamophobic, Eurocentric, and Orientalist tendencies still jar its vision, and often, it tends to border on a cartoonish, lesson-giving attitude stemming from powerlessness and frustration. It needs to grow out of it.

Qatar and football don’t go together

Following that, Wales was humiliated by Iran before Morocco pounced on much-touted Belgium. Morocco also held last year’s semi-finalists and current contenders to a draw. Japan made easy work of Germany, making history. All of these matches saw raucous crowds of supporters erupt at the stadiums.

Imagine the scenes at the pitch, where most of the close to 100,000 Iranian fans flying to Qatar would have been present. Iran’s more than a hundred-year history with the game breathed new life into it. The Iranian team and the fans stood together. An emotion unites them all. Yet what the West laments for is the lack of a football “feeling” in Qatar.

Football is, without a doubt, a feeling, but the fact that the West no longer has control over it does not sit well. Thousands of Asian and African fans have made the journey to Qatar to be on the side of their teams. For many at home, it is a festival like no other. Football is intertwined with resistance to brutal colonialism and proxy rule, long civil wars, and the bloody carving out of identity in the histories of countless Arab, African, and Asian nations. It holds unsurpassed importance. If for the West, football is a feeling, for most of the rest of the world, it is more than a feeling; it has a life of its own. It is what people live their lives around.

Qatar is only the third Asian and the first Muslim nation to host a Football World Cup. And it is not difficult to detect an unmistakable hint of Islamophobia, which unfortunately plagues the West, in the voices of critics. When a French TV presenter first arrived in Qatar for the event, he seemingly joked, “There are a lot of mosques.”

Just like any other country, Qatar has its own set of laws that it borrows from the Quran and the Islamic code, the Sharia, and these codes are expected to be followed by visitors. Exaggerated media coverage over its religious adherence in matters such as homosexuality, alcohol, and clothing is the unfortunate result of Western audiences’ incapacity to stomach diverse codes of personal and public life. Furthermore, labeling Arabs as “uncivilized” on the subject of human rights and international law are certainly in line with the undeniable history of orientalists and stereotypical views of Muslims and Arabs in Western media and public narratives.

Countless European nations are disallowing refugees from Arab nations. Many already have or are passing laws that make asylum-seeking virtually out of the question. Those who have already lived in Europe for years are being thrown out. Syrian and Lebanese refugees are being turned back, while at the same time Ukrainian refugees are not. Turkey, funded by the EU, is looking to erect a concrete wall to stop the flow of refugees, primarily from Afghanistan, Pakistan, and even Syria and Iraq, at the Iran-Turkey border. Mesut Ozil, a German footballer, had been routinely singled out for his Turkish roots before he voluntarily took retirement in protest. If Qatar’s treatment of migrant workers is problematic, then the position of Europe towards its refugees is virtually untenable.

South Africa played host in 2010, the lone African nation to do so. Previous hosts have all been from the Americas or Europe, barring Japan and now Qatar. The U.S.A., a bidder for the 2022 World Cup as well, would play host, along with Canada and Mexico, for the 2026 World Cup.

The United States has countless reprehensible actions on its hands and, if enumerated clearly, will quite possibly have the worst human rights records in history. It has indefensible acts such as the dropping of two nuclear bombs on Japan, assisting Belgium in the colonial devouring of Congo and practically occupying the Philippines in the early twentieth century, sponsoring Israel’s illegal occupation of Palestine, being the most significant carbon polluter in the history of the world, fueling numerous proxy wars in Africa, absolutely obliterating Afghanistan, invading Iraq, and so on to its name. These would almost certainly disqualify the United States from hosting for the next century or so. Instead, there will be the best of carnivals: a festive euphoria, colors, and songs. And possibly some record-washing.

(The views and opinions expressed in the article are solely those of the author and do not necessarily reflect the portal’s official policy or position.)

How should a Muslim use Social Media? 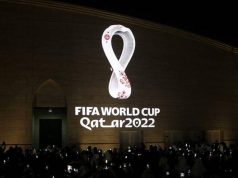 Navigating the FIFA World cup in Qatar through a Global lens

‘Bollywoodizing’ the University Spaces in the name of Dara Shikoh