Home Deliberation Finding the Jesus of Islam in Early Christianities

This article has been taken from here

In the early days of Islam, a few companions of the Prophet were fleeing persecution in Mecca and sought refuge in Abyssinia. The Christian ruler of the land, Ashama, demanded the companions to read aloud from their scripture and, when one of them recited from the sura of Mary, Ashama and his court were moved to tears. When they were told to make known their beliefs about Jesus, they said that Islam considers Jesus to be a messenger of God, the word of God, and the miraculously born son of the Virgin Mary. After hearing this, Ashama is said to have drawn a line in the sand and said that the differences between them were no more than that thin line. He then decreed that Muslims were allowed safe refuge in his kingdom.

It would be nice to think that this story could be applicable to modern Christians and Muslims, but take one look at the news and that thought disappears.

The Qur’an contains ninety-three passages in reference to Jesus and, together, they present a clear picture of what Muslims believe. Chronologically, this begins with Mary, the mother of Jesus. The Qur’an tells the story of Mary’s birth and describes how God graciously accepted her, making her grow in goodness, and entrusting her to be raised by Zachariah[3][4]. God chose Mary above all other women as the most pure and sent angels to give her news that she was to give birth to a pure son[5] called Jesus, the Messiah[6]. The angels tell her that Jesus “will be held in honor in this world and the next”, he “will be one of those brought near to God”, “he will speak to people in his infancy”, and “he will be one of the righteous” [7]. Mary has an entire sura named after her, one of only eight people to have this honor, and is affirmed to have given a virginal birth and to have afterward remained a virgin[8]. It is believed that Jesus was able to speak as an infant; after Mary gives birth to Jesus and carries him back to her people, she is accosted with accusations and it is then where Jesus speaks his first words and defends her honor[9]. In these first words, Jesus declares himself as a prophet and a servant of God who will be raised up after death and return at the final judgment[10]. 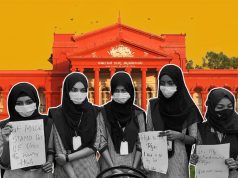