Home Deliberation In the name of patriotism 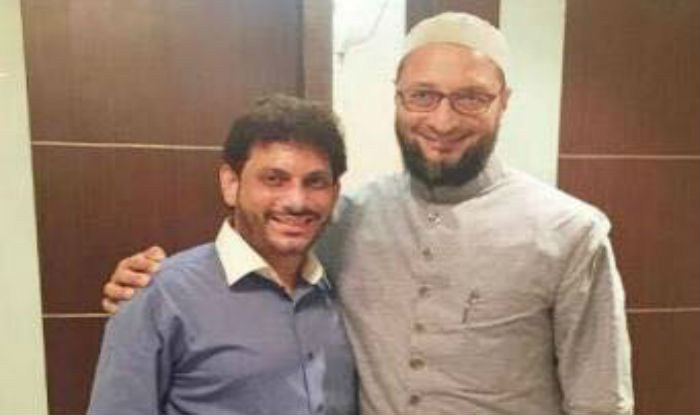 On March 3, Rashtriya Swayamsevak Sangh head Mohan Bhagwat had sparked off what is now a full-blown political controversy by claiming that young Indians must be taught to chant “Bharat mata ki jai”. On Wednesday, in the Maharashtra Assembly, Ram Kadam, a Bharatiya Janata Party legislator, exhorted Waris Pathan, from the Majlis-e-Ittehad-ul Muslimeen, to chant the slogan “Bharat Mata ki Jai”, victory to Bharat Mata, during a heated debate. Pathan refused to chant the slogan.

In the ensuing uproar, the Maharashtra Assembly showed remarkabl unity. The Bharatiya Janata Party, the Shiv Sena, the Congress and the Nationalist Congress Party all asked for Waris Pathan to be suspended – a request that the Speaker put into effect with remarkable efficacy and haste. Pathan was suspended from the Maharashtra Assembly for refusing to chant “Bharat Mata ki Jai”.

After being suspended, the MIM MLA Waris Pathan defended himself. “I am willing to say Jai Hind. I love my country,” he said. “My objection is why should some one put words in my mouth and make me say what they want.My objection was to their forcing me to say ‘Bharat Mata Ki Jai’.”

The accussed M.L.A ,being a muslim  refused to chant the slogan as Islam is a strictly monotheistic religion and disallows idol worship and many of the muslims believe that  any demand on them to sing Bande Matram is akin to asking them to flout the fundamental tenets of their religion. The Majlis-e-Ittehad-ul Muslimeen is a party that draws on a Muslim vote base. Its home base is Hyderabad city. Many Muslims believe that invoking the deity of Bharat Mata violates the monotheistic beliefs of Islam. The Indian express reports from a Former secretary general of the Lok sabha on its legal aspects “May be right or wrong ,once a resolution is passed by an Assembly,a member cannot do anything.He can go to the court,but I doubt if even court can undo a unanimous resolution passed by an assembly with regard to the conduct of one of its members”. Therefore, besides the historical connection of the alleged slogan with hindutva version of patriotism and nationalism ,the issue of suspending a legislator from a legislative assembly for refusing to chant Bharath Matha ki jai has to be problematized from its legal aspects too.

The instant case has to be tested with a landmark case Bijoe Emmanunuel v State of Kerala(1986) in which the Supreme Court of India dealt  with three children who were expelled from their school for refusing to sing the national anthem. In this case (famously known as National anthem case), judgment of the Court was delivered by CHINNAPPA REDDY, J. The three child-appellants, Bijoe. Binu Mol and Bindu Emmanuel, who are the faithful of Jehovah’s Witnesses. They attended school. Daily, during the morning assembly, when the National Anthem ‘Jana Gana Mana’ was sung, they stood respectfully but they did not sing. They did not sing because, according to them, it is against the tenets of their religious faith. Before them their elder sisters who had attended the same school earlier have done all these several years. No one bothered, No one worried. No one thought it disrespectful or unpatriotic. The children were left in peace and to their beliefs.

If some pupil cannot be expelled from school for not singing National Song- which has more legal sanctity under the law  than the mere slogan Bharath Matha ki Jai-how could be a collective conscience of the house could expel an elected MLA for not chanting some slogans?

That was until July, 1985, when some patriotic gentleman took notice. The gentleman thought it was unpatriotic of the children not to sing the National Anthem. He happened to be a Member of the Legislative Assembly. So, he put a question in the Assembly. A Commission was appointed to enquire and report. The Commission reported that the children are ‘law- abiding’ and that they showed no disrespect to the National Anthem. Indeed it is nobody’s case, that the children are other than well-behaved or that they have ever behaved disrespectfully when the National Anthem was sung. They had always stood up in respectful silence. But under the instructions of Deputy Inspector of Schools, the Head Mistress expelled the children from the school from July 26, 1985. The father of the children made representations requesting that his children may be permitted to attend the school pending orders from the Government. The Headmistress expressed her helplessness in the matter. Finally the children filed a Writ Petition in the High Court seeking an order restraining the authorities from preventing them from attending School. First a learned single judge and then a Division Bench rejected the prayer of the children.

On August 11, 1986, the Supreme Court overruled the High Court of Kerala in the case and held that expelling the children based on their “conscientiously held religious faith” violated Art 25 of the Constitution of India. Justice O. Chinnappa Reddy stated: “No provision of law . . . obliges anyone to sing.” The Court noted that the right of free speech and expression also includes the right to remain silent and that standing for the national anthem showed proper respect. The Court ordered the school authorities to readmit the children. Examining the action of the Education Authorities in the light of Kharak Singh v. State of Uttar Pradesh and Kameshwar Pradesh v. State of Bihar the court held that “we have no option but to hold that the expulsion of the children from the school not joining the singing of the National Anthem though they respectfully stood up in silence when the Anthem was sung was violative of Art. s19(1)(a)”.

If some pupil cannot be expelled from school for not singing National Song- which has more legal sanctity under the law  than the mere slogan Bharath Matha ki Jai-how could be a collective conscience of the house could expel an elected MLA for not chanting some slogans? It can be concluded that the speaker of Maharashtra Legislative assembly has over acted and misused his power and of course, in this whole fracas, it doesn’t really matter whether Pathan considers himself a patriot. Judging patriotism is an absurd idea. But the challenge to Pathan by his fellow MLAs irrespective of their party shows how the symbol of Bharat Mata has penetrated into the concept of Indian nationalism. Not only does it achieve a Hindutva imagination of India, it also casts Muslims as a community who are unable to partake any form of patriotism which ultimately marginalizes them. Alas!!!! In the name of patriotism, no secular party is ready to question the hegemonic cultural nationalism!