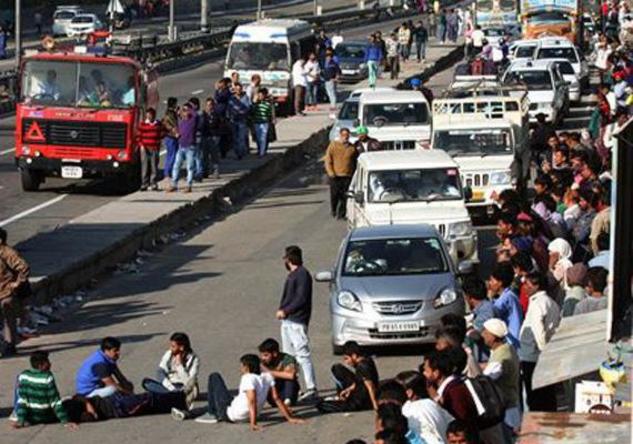 After 22 days of the Jat quota agitation in Haryana, leaders of the movement have decided to intensify the quota stir by announcing a “non-cooperation movement” against the BJP government in the state.

Yashpal Malik, president of the Akhil Bhartiya Jat Arakshan Sangharsh Samiti (ABJASS) and the face of the protests, on previous Sunday addressed rallies in Rohtak and Sonipat districts during ‘Balidan Diwas’ (Sacrifice day) to mark the memory of those who died in last year’s protests. In March, Jat agitators will also protest in the national capital.

“The indefinite protests going on all over Haryana will be intensified from March 1 onwards. In ten districts, there will be an increase of ten protests per day. These are Bhiwani, Jind, Kaithal, Panipat, Hisar, Karnal, Dadri, Kurukshetra, Mewat and Panchkula districts. On March 2, we will announce a date on which Jats from all over the country will march to Delhi and protest outside Parliament when it is in session,” Malik said while addressing a rally in Rohtak.

While speaking to News18 Malik insisted that the movement would remain non-violent. “This will be a completely peaceful movement. We will not allow any kind of violence to take place. In fact, we will neither do rail-roko nor paani-roko protests which happened last year.”

He hit out at the Manohar Lal Khattar government in the state and said they were not serious about their demands.

“Our demands are quite simple. The first demand, which had brought these young men to the streets, is the demand for reservations for the Jat community. We also demand that the cases filed against protesters from last year be withdrawn. Those who are lodged in jails should be released,” said Malik.

The BJP, meanwhile, denied the allegations. Haryana BJP president Subhash Barala said, “The charge that we are not serious about meeting the demands of the protesters is simply not true. However, we cannot simply withdraw our cases against everyone. Due process of law needs to be followed in this regard. We have also been reaching out to members of the community and are trying to resolve the deadlocK.

Question of Age and Agency in Women’s Marriage