Congress is the main constituent of UPA II, which has been ruling at the centre for the last five years. Rahul Gandhi and Sonia Gandhi have emerged as the main campaigners for Congress party. In their rallies, these leaders have been highlighting the social welfare measurers of the government, such as, MNREGA, Forest Dweller’s Rights, Right to Education, Food Security Act, Land Rights to farmers, etc.  There has been an emphasis on the Lokpal and Lokayukta act as well. In addition to these; they have also been advocating empowerment of women and greater participation of common people in formulating policies and selecting candidates.

There has been an attempt by a section of media, including the private TV channels, dominated by corporate interests, to project the 2014 elections as a presidential style clash between Rahul Gandhi and Narendra Modi. This is an illusion, which completely ignores the fact that India is a multiparty, parliamentary democracy, where coalition governments have been the norm for the last twenty five years.

Both Rahul Gandhi and Sonia Gandhi have also been attacking the communal and divisive policies of RSS and BJP in general and the track record of  Narendra Modi, BJP’s prime ministerial candidate in Gujarat (2002, etc.), in particular.

After the formal announcement of the dates of the Lok Sabha elections, Union Minister and Congress spokesperson, Manish Tiwari, has declared “secularism versus communalism” as the main election issue for the forthcoming Lok Sabha elections.
BJP, the main opposition party in the outgoing Lok Sabha, has been vociferous in raising issues of corruption and price rise. Narendra Modi in his rallies has been constantly attacking “dynastic politics”. He keeps on referring to Rahul Gandhi as “sehjada”. He has also been pleading for a “Congress mukta Bharata”, which he thinks will solve all the problems of the country. A “Congress mukta Bharata” will also be a “samasya mukta Bharata”! In addition, there has been much talk about the “Gujarat model of development” by both Modi and BJP. On the other hand, Modi has been countering the charge of communalism by hurling the charge of communalism on the Congress party itself.

On the whole, the BJP campaign has been mainly centered on Narendra Modi; so much so that, at times, it appears that making Narendra Modi the prime minister of India is the main issue for the BJP.

There has been an attempt by a section of media, including the private TV channels, dominated by corporate interests, to project the elections as a presidential style clash between Rahul Gandhi and Narendra Modi. This is an illusion, which completely ignores the fact that India is a multiparty, parliamentary democracy, where coalition governments have been the norm for the last twenty five years. Voters will be voting for electing MP’s (Members of Lok Sabha) from their constituencies and not for electing the PM of the country.  The party or the combination of parties, which will enjoy the confidence of the majority of the members in the next Lok Sabha, will elect a person who will become the next prime minister of India. There is no scientific method, at this point of time, to predict who that person will be, notwithstanding the opinion polls, genuine or fake.

Moreover, from the point of view of the citizens, it is not very important who becomes the next prime minister of India. The policies and programmes of the next government are more important. Will it be a secular government or a communal one? Will it be a clean government or a corrupt one? Will the government follow pro-big capitalist and pro-rich economic policies or will it follow pro-poor and pro-middle class economic policies? Will it be pro-women and pro-OBC, SC and ST or will it be pro-upper caste men? Besides, in a county with the highest number of poor people in the world, high infant mortality and mother mortality rates, nearly fifty percent malnourished children; any future government must concentrate on eradicating poverty and inequality. Providing food security, proper health care and education for all, particularly to poor and disadvantaged sections of society, must receive highest priority.

Apart from Congress and BJP, the left front led by the CPI (M), has been trying to bring non-Congress and non-BJP parties on a common platform. They started their efforts by organizing a convention against communalism in New Delhi. According to CPI (M), there is not much of a difference between the economic policies of Congress and BJP. The party has been advocating an alternative “pro people” economic policy. The left front has been opposing price rise and corruption as well.  A joint statement by eleven parties, who are at present not associated with either Congress or BJP, has  emphasized secularism and federalism, apart from giving “special category” status to “deserving” states. The emphasis on federalism is understandable considering the fact that most of these parties have strong regional presence in politically important states, either as ruling parties or as former ruling parties, presently in the opposition. Samajwadi party, JD (U), BJD and AIDMK are ruling parties in UP, Bihar, Orissa and Tamilnadu respectively. Left front has been in power in West Bengal and Kerala. JD (S) and AGP have been in power in Assam and Karnataka. Babu Lal Marandi was the first elected chief minister of Jharkhand, and his JVM is a strong regional party in Jharkhand. Trinamool Congress, which is not included in this group, is the ruling party in West Bengal. Besides, there are other strong regional parties like DMK, BSP and RJD. Any political analyst who ignores these strong regional parties and tries to project the elections as a contest between Rahul Gandhi and Narendra Modi will do so at his or her own peril. The presence of these strong regional parties cannot be wished away.

Let us now turn our attention to the newest entrant to parliamentary politics, Aam Aadmi Party or AAP. This party has grown out of the Anna Hazare led campaign against corruption, and in favour of strong Janlokpal. Naturally, corruption and strong Janlokpal has been the main issue for the party. But, gradually, it has widened its net to include communalism and corporate dominance over Indian politics and media. Arwind Kejriwal has been, in particular, attacking Mukesh Ambani, the richest man of India, according to Forbes magazine. According to Kejriwal, both Congress and BJP are financed and controlled by Mukesh Ambani. He has also sought to expose the “Gujarat model of development” by saying that only big capitalists like Ambani and Adani have benefitted from the “development” in Gujarat at the cost of farmers and common people. Incidentally, this point has also been raised by Rahul Gandhi, though he has not named any industrialist in particular.

Corruption, price rise, poverty, social welfare measures, alternative economic policies, the increase in dominance of the corporates over the politics and media of the country, and corruption in media are some of the main issues that have been raised till now in the run-up to the elections.

Apart from the various issues raised by different political parties and formations, there are some other important issues, such as, “paid news”, which was also raised by the chief election commissioner at the time of declaring the poll schedule. Instances of paid and manipulated “opinion polls”, too, have come to light. Even the social media is influenced by money power. One can get as many “followers” and “likes” as one wants by giving money. It is also possible to arrange a group of “supporters” who will jump on your critics like barking dogs, making impossible any rational or sane discussion.

Besides, several senior journalists and editors were caught on Radia tapes as lobbying for big capitalists like Mukesh Ambani and Ratan Tata. The Press Council of India has published a report on “paid news”. The Election Commission, too, has taken a serious note of it. The issue was also discussed in the Parliament. Sadly, the organizations of journalists, which talk about “self regulation”, have miserably failed to curtail this menace, which is a corrupt practice and amounts to committing a fraud on readers and viewers. The collapse of the so-called fourth pillar of democracy is an issue of serious and basic concern for our democracy. A separate Lokpal for media and corporate houses could be a possible remedy. The issues mentioned above are clear cases of corruption and fraud, and they have nothing to do with the “freedom” of the press.

So to complete the survey of the issues in the forthcoming elections; corruption, price rise, poverty, social welfare measures, alternative economic policies, the increase in dominance of the corporates over the politics and media of the country, and corruption in media are some of the main issues that have been raised till now in the run-up to the elections. The basic issue of secularism always remains in the background and it keeps coming to the forefront. There is no doubt that the BJP’s choice of its prime ministerial candidate has once again brought this issue to the forefront.

We must not forget that India is a large country with regional differences. Apart from the issue raised at the national level, there are several issues which are dominant in a particular state and region, for instance, Telengana in Andhra Pradesh. Tamil Nadu, on the other hand, always remains more sensitive to issues related to Sri Lanka. The special category status has become important in Bihar, Jharkhand and Orissa among others. In Northeast, the issue of smaller states and “racism” against the people of Northeast in Delhi and other parts of India is gaining traction. In fact, issues could vary from one Lok Sabha constituency to another, with several local issues coming to the fore.

In light of these, the voters will have to carefully exercise their voting rights in such a manner that the country moves in a better direction, instead of a worse direction 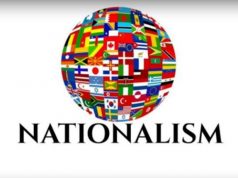