For the sake of this article, technology is referred to as the software that is actually driving a software application. When Social Media Platform is being referred to as a technology, the softwares under discussion would be Facebook, Twitter, Instagram, Reddit, etc. It is these softwares that decide as to who gets to see what content, which of the content are allowed and which content goes viral.

It becomes extremely important for socially responsible organizations, including NGOs, to select appropriate softwares for their operations in order to influence the popular discourses in the appropriate directions.

In the current world, most of the technology is dominated by proprietary software(PS). These are also known as closed-source-software, which are non-free, and the software’s publisher retains intellectual property rights, usual copyright of the source code. The problem with such closed-source-software is that there is no way of knowing as to how it is influencing the society at large. For example, now that WhatsApp is owned by Facebook, there is no way of telling if and how personal messages on WhatsApp are being used to select content to be shown on the FB wall. Currently, the alternative present out there in competition with the closed-source-software is the open source software(OSS).

Open source is a term denoting that a product includes openly available source code, design documents, or content with permission to use it as deemed necessary.Open-source software or other products are released under an open-source license as part of the open-source-software movement. Use of this term originated with software, but has expanded beyond the software sector to cover other open content and forms of open collaboration. One can contribute to this movement in any of the several available avenues of Open Source. Some of the recommendations that can be adopted by the organization are provided further.

The first step is becoming aware of. Self-awareness as to how every single action is affecting the larger picture in the world of software needs to be understood. This awareness needs to be spread across the organization, even up to the individuals associated with it for the movement to be affective. With awareness, one also has to build enthusiasm so as to orient the people associated with the organization towards OSS. This is a challenging task for any organization and hence will have to make collaborative efforts to achieve it. This can be done in collaboration with other organizations like the FSMI.

At various levels, discussions need to be held on OSS. One can avail resource person from various backgrounds or organizations for these discussions. Innovative content can be created to suit specific organization needs like images, posters, and videos to spread awareness.

Once the awareness is in place, the why has been answered. Now for the how. With awareness also comes the knowledge of alternatives that can be used in place of proprietary software. These alternatives need to be explored, understood, and adopted. In the case of an organization which is ideologically based then it does not suit it in any way to be using a pirated copy of proprietary software. Instead, OSS alternatives need to be explored and adopted.

Once adopted, the change will definitely not be smooth. There will be glitches and hiccups. These need to be addressed. Again this may need external assistance from other organizations, or even professional help can be availed.

The OSS ecosystem is built on individual contributions by the community at large that involves all forms of actors. They can range from individual users to companies who contribute at various levels for the development of the OSS.

At the organization level, there exists human resource. If each individual does a small contribution at their level, then the amount of value added back to the software and hence to the society at large would be high. Note that contributions for OSS need not be only monetary.Just using OSS can increase its popularity. If any bugs are found, reporting them helps the OSS community to fix them, hence improving the software. If a usage discrepancy is found or genuine improvement or suggestion are identified, reporting them back to the community also counts as contributions.

For each OSS, identify the way of contributing back to the community. Integrate this learning into the awareness, training &adaptation process. Make it an organization culture to contribute back to OSS by including these contributions in the organization’s review board.

Wikipedia is a multilingual on-line encyclopedia with exclusively free content, based on open collaboration through a model of content editing using browsers, called wiki. It is the largest and most popular general reference work on the World Wide Web. It is owned and supported by the Wikimedia Foundation, a non-profit organization that operates on money it receives from donors to remain ad-free.

Organizations can leverage on this wide acceptability of Wikipedia by editing on a selected specific topic. An edit-a-thon is an event where editors of on-line communities such as Wikipedia, OpenStreetMap, and LocalWiki edit and improve a specific topic or type of content, typically including basic editing training for new editors. They often involve meet-ups, but can be distributed as well.  Such an event can be organized.

In conclusion, it should be noted that these are only a few suggested ways of how an organization can start influencing on the technological domain. This is just the starting point. Real influence can be had if one can influence the actual development of the software along the lines of actual public need and not on created or forced need.

With closed-source-software currently dominating the software industry, they own loads of user-generated data. Issues like Cambridge Analytica scandal will keep occurring. Moreover, not all such scandals will get exposed. Google, on the other hand, takes explicit user permission to access and use user’s data as it pleases and users feel that Google is too large a service to say no and miss out on its features. In today’s world, where data is gold, we all have to think on the monopoly of this resource and ways to break it.

To break this monopolized stronghold, building alternatives is necessary. Alternatives that do not have profit as their primary motive and are open to discussions and inputs even from the wayside. Remember that right from 1970 it has been said that ‘if you’re not paying for the product, you are the product.’ We need to stop behaving like products and start taking control of our own data, or at the least do what’s possible, chose alternatives over conventional. 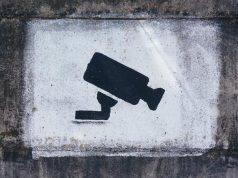