It is a pity that one cannot find tangible political movies or web series on television screens or streaming platforms that are closer to reality, if not peddling propagandas otherwise. There might have been various political and social reasons for such a vacuum in the entertainment range.

Tandav revolves around two prototypes of political fights occurring in the capital of the world’s largest democracy. On one front, a war to become the prime minister of the country, and on the other side, the presidential elections of a student union in one of the prestigious central universities of the nation, VNU(Vivekananda National University). The series unfolds as a loud political drama to viewers’ conjecture, asking them to get their feet dirty into the great Indian election shenanigans along with the characters.

The lead roles have been played by Saif Ali Khan as Samar Pratap Singh, son of two-time Prime Minister Devki Nandan played by Tigmanshu Dhulia. Another lead role is played by Dimple Kapadia as Anuradha Kishore, ‘the prime minister’s girlfriend.’

Though the show is not a thriller, it has to be applauded for displaying the certainty of Indian Politics on screen. We have seen some political fiction in the past, but this might be one of the first attempts to fuse reality with fiction.

In the first episode, we can see that a charismatic Muslim student leader is arrested by the police for protesting along with the farmers. We see how he is called a terrorist for his Muslim identity and is booked under UAPA, which the lawyer calls modern-day TADA typically charged on terrorists. (No rewards if you have already guessed who the character resembles IRL)

The series also shows how peaceful protests are shifted into violent ones by police to claim innocent lives to serve their political masters. We can see mentions of emergency and ‘the fate of Sanjay Gandhi in Indira Gandhi’s hands.’ We can observe the darker details of Indian politics and also student politics. The show shows the growth of many student leaders resembling reality. This show ends with another change in Prime Minister’s post giving rise to many speculations probably to be answered in the second season.

One of the show’s drawbacks is a lack of engagement from the opposition party even amid all the drama about who will be the next Prime Minister after Devki Nandan is killed by his son Samar Pratap Singh. The student movement or protests could not significantly impact the audience even after a Stellar performance by Zeeshan Ayyub as Shiva. The protests in the show looked like a hybrid of all the protests in recent times in India.

The web series faced many backlashes for allegedly hurting a particular community’s religious sentiments over some later removed scenes. It looks like, just like Netflix’s original series Leila we may not be able to see a season 2 of Tandav. 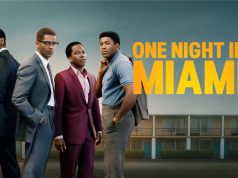 Film Review: One Night in Miami 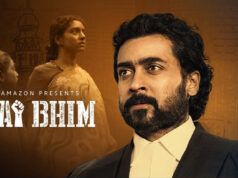