Home Environment The Story of Water and the Thirst for Greed 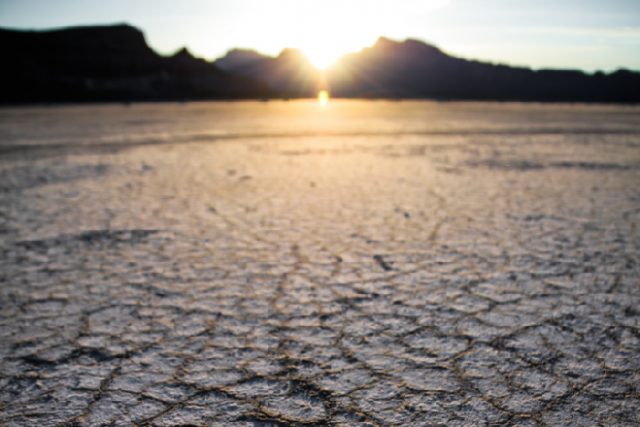 Let me mention a small story on greed and move on to the myth or story of water. Once, a king was diagnosed with a disease that had no treatment. There was no improvement in his health despite various attempts by top doctors of the kingdom. Doctors accepted defeat. At that time the king made an announcement. He announced that whosoever can cure my disease, I will give him as much land as he can cover walking in a day. Then a man came and cured the disease of the king. As promised, the king had to give him the land!!

The King says that as per my word I will give you the land that you can cover on foot by walking a day. Come tomorrow morning at 6. You can walk tomorrow under the watch of my soldiers, the more land you cover on feet, the more the land is yours. The next day, this doctor came at sharp 6 and started to walk. After 10 steps he increased the speed. His greedy conscience said to him run more, the more you run, more of the land is yours. Soldiers were on the horse, kept following the man.

As the sun came out, the man became tired. But he continued to run. He grew thirsty, but his conscience said to him, run a little more and then you can drink water. Water was not near. His whole body had dehydrated and needed water but he kept on running in greed of more land. His body needed water but his greed did not allow for that to happen. The man collapses all of a sudden in the middle and dies. This story resembles and certifies the greed of man today.

Out of the earths total water resources, around 96% water is saline, which is stored in the oceans and seas. Water in the form of an Iceberg is 1.55 %. Around 1.6 % of water is underground. 0.76 per cent of water is available in the form of rivers, lakes and ponds. All the living organisms in the world have to depend on this small portion of water to survive. In comparison to man, the amount of water consumed by other living organisms is less. An elephant drinks up to 100 to 150 liters of water every day.

As per international standards, one human being direct uses 135 liters of water every day. Indirectly one man needs 11,000 liters of water for survival. That means the water needed to grow 1 kg of rice is 1400 liters. If a man consumes around 300 grams of rice every day, users around 450 liters of water. Apart from that water used for other cereals, vegetables etc, are separate. Not only that Water used in the production of clothes, makeup materials, shoes, cycles, cars, bikes etc, is also to be taken into account. When we calculate all that we can say that a proportion of 11000 liters of water is utilized by one man every day.

If we compare the amount of pure water to saline water, the proportion of pure water is very less. If it is so, we can say that water is precious. It is the responsibility of each one of us to save water. But in reality, the story of water is not that simple, we realize this when we have a look at our shores, reservoirs and rivers. The situation is so pathetic that it has become a normal act to leave waste into the rivers. Scientific reports suggest that even the water of the River Ganga is not safe for bathing. This is not the story of River Ganga alone, all the rivers and other reservoirs have the same story.

Apart from this the Chemicals and fertilizers used in agriculture have polluted not only Water used in agriculture but also underground water. People dying due to ailments caused by polluted water is highest in the world. For the sake of water, wars have broken out between Empires, countries and in our neighborhoods too. Water is a foundational component in the race for survival of the fittest. So the question is why do we disregard such a precious resource. A study on the mindset of people regarding the disdainful fullness of water would be very useful.

It has been reported that the minister for water resources and underground water development has said that 1400 dams will be constructed at 2900 crores for the rivers that flow from the western side of Dakshina Kannada, Chikmagalur and Kodagu districts. Along with this, a project named car land has also been taken up to make sure that river water does not get wasted by joining the sea. In far off places like Chikkaballapura, Kolar Western Ghats have been destroyed and the work to install large pipes which are 30 feet deep in the name of permanent drinking water has been started.

But now experts say that only 4 TMC of water is available. No one has the answer to the question as to who will be responsible if this large scale project of 30 crore rupees fails. Leave that, it is not hidden that the rulers like large scale projects only. No one needs to elaborate on the fact that money has flown into the pockets of those in power in the name of water. If the silts of lakes in the districts of Chikkaballapura and Kolara were adequately lifted, there was no need for such large projects.

The minds of our engineers do not think in this way at all. It is our misfortune that the rulers today do not have the farsightedness that the kings of the past had. The amount of water that is collected when 1 mm of rainwater falls on 1 acre of land is 4450 liters. Against this backdrop, many experts have commented on how we can preserve pure rainwater.

A private forest is being created in a place nearby to Sagar Taluk in the Shimoga district of Karnataka. It is named UshaKirana. Many experiments regarding forest preservation have been done here in the past 10 years. The impact of living organisms like small insects and frogs on the water have been studied here. The soil of this land had become infertile due to feeding the hunger of native plants like Nilgiri and Acacia. The soil had lost its capacity to hold water. It took 10 long years to bring the soil back to its normal state. Totally, steps were taken to hold water which fell on these 21 acres of land.

Let us do another calculation keeping this data in hand. As per the UN criteria, 135 liters of water is needed for a man directly every day. This means water required for 19 lakh people for one day has been stored in 21 acres of forest land in Usha Kiran. Let us now see this from a business point of view. One liter of water with a bonus water bottle costs 20 rupees in the market. This stored water can be of use to someone if not for us. The water from clouds has been stored by growing a forest. If we calculate 26 crore liters of water at minimal cost, society will profit from this. If we multiply 2,69,13,600 with a mere 5, we see that the result we obtain is some hundred crore rupees. (1345680000) Is not it shocking?

Even if the forest named Ushakiran is ours as per documents, the reason behind the creation of forests is the organisms living there. Birds of hundreds of species have played a role in this. Our only role was to protect it from humans and animals. We gave no salary to any organism, or to the bees who generated honey. Even if their habitats were destroyed, they never tried to take revenge, instead, they just vanished away. The environment and organisms in it have not even an atoms weight of benefit from human beings. Instead, we have caused harm. If money was to be paid to animals as we pay for water, probably the whole of mankind would sink in debt forever.

Now after all this how capable are we? Without water, our existence would be a myth. Nothing on this earth needs a man for his existence. How should our behavior be when we are burdened by favours? How grateful are we to living organisms which work for our existence? We do not have a minute to think about these organisms after we have climbed on the horse of development. We can compare our hunger for development to that of Bhasmasura. Bhasmaasura kept his hands on his head and got burnt. If a man does not learn from his mistakes he will have the same fate one day and that day is not far away. 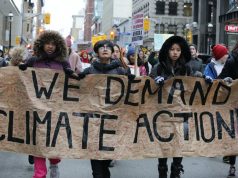 Curbing Global Warming; Roles and Responsibilities of the Government

Experiences of Traversing by an E-bike 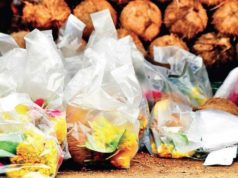 Open letter To The CM of Goa: Plastic Ban Is Possible