Home Religion & Spirituality A Believer In Times of Hardships & Disasters

Disasters have been hitting different people at different levels in different parts of the world throughout the human history. People have different views and opinions for disasters; some take them as events and accidents taking place by chance, while many others take them as torments and trails of Allah.

When a misfortune comes to them they say “we are Allah’s and we shell certainly return to him” (Quran: 2:156).

Let us see the depth of disasters and how to overcome such disasters.

Natural disasters are warning for those who are sinners. This fact has been mentioned in the holy Quran. “Even in this world we shall make them taste (one or the other) lesser torment before that greater torment; maybe they desist (from their rebellion attitude) (32:21)

Allah showed his signs to pharaoh in the form of natural disaster and calamities before final punishment so that he may reform himself. This fact has been revealed in the holy Quran. “We afflicted the people of pharaoh with hard times and with poor harvest that they may heed” (7:130)

Many a time disasters are punishment for disbelievers and transgressors and warnings for sinners but sometimes they do come to test the believers and pious people. This fact has been mentioned in the holy Quran,

“We will surely put you to trail by involving you in fear and hunger and by causing loss of property, life and earnings. And give good tidings to those who remain steadfast in these trails” (2:155)

Do people think they will be left alone? Because they say we believe and will not be tested?

Indeed Allah will test those who were before them, and will certainly make it for those who are true. Therefore, the believer shall be tested, in his wealth, himself, and his off springs and family. The believers shall be tested accordingly to the degree of his faith, the stronger is the faith, and the larger is the test.

People who are either disbelievers or cross his limits are punished by Allah .In the holy Quran Allah has mentioned that disasters are the result of his disobedience

“And whatever strikes you of disaster it is for what your hands have earned “(42:30)

One should note that here the cause of all human afflictions is not being stated but addressing directly to the people who were at that time committing disbelief and disobedience at Makah. They are being told: Had Allah seized you for all your sins and crimes, He would not have even allowed you to live. But the calamities that have descended on you are only a warning so that you may take heed and examine your actions and deeds to see as to what attitude and conduct you have adopted against your lord. And you can try to understand how helpless you actually are against almighty. It is necessary to state as regard to the sincere believer, Allah’s law for him is different. All the disasters, hardships that befall him go on becoming atonement for his sins, errors and deficiencies. It is mentioned in an authentic hadith that

A prophetic narration as recorded in Al Bukhair and Muslim- the books of Hadiths- says “whatever sorrows and suffering, distress and grief and afflictions and worry that a muslim experiences, even if it be a thorn prick, it is made an atonement by Allah  for one or the other of his error”.

As for the hardships that results from disasters a believer faces in the way of raising Allah’s word, they do not merely become atonement for his deficiencies but also a means of the exaltations of ranks with Allah.

Sometimes, natural disasters are intense and crush even the innocent people surrounding by. These innocent people will get reward of Allah on the day of judgement for the affliction they faced. Allah has warned in the holy Quran about such trail and tribulations which don’t hit specifically disobedient people. Allah says: “And guard against the mischief that will not only bring punishment to the wrong doers among you. Know well that Allah is severe in punishment.” (8:25)

Allah has clearly mentioned to those widespread social evils whose baneful affects are limited only to those addicted to them, but which affect even those who, although they might not be addicted to those sins. If filth is found at a few places in a locality it will possibly affect only those who have not kept themselves or their houses clean. However, if it becomes widespread and no one is concerned with removing uncleanliness and maintaining hygienic conditions, then everything including water and soil will become contaminated. As a result, if epidemics breakout, they will not only afflict those who were responsible for spreading filth and themselves lived in unhygienic conditions but virtually all the residents of that locality.

Allah has also narrated the incidents of different tribes and people who were hit by natural disasters. Some of these incidents are discussed below.

1. Tribe of Prophet Nuh (peace be upon him): The tribe of prophet Nuh practised polytheism and did not heed his message. As a result, they had to face flood as punishment.

2. Tribe of Aad: The people of Aad also practised polytheism and rejected their messenger Hud (peace be upon him). They used to claim that they were the super power and say “who is mightier than us in strength? They were punished by Allah by a windstorm.

3. Tribe of samood: The people of samood indulged in homosexuality. Prophet Lut (peace be upon him ) invited them to the right path but they did not refrain from their bad habit as a result Allah rained them down with a rain of stones.

4. Tribe of prophet Musa: Firaun was disobedient to Allah s.w.t and denied the clear signs brought to him by prophet Musa (a.s) did not reform him. As a result he was finally caught by Allah and drowned.

5. Wealthy destruction: Qaroon was a wealthy person unwilling to admit that his wealth was given to him by Allah. He thought it was the result of his effort and denied the blessings and right of Allah s.w.t on his wealth. Allah s.w.t caused the earth to swallow him and his dwelling place.

At this point we need to understand are we too facing such torment in our lives in some or the other way??? There is a need to rectify our connection with Allah s.w.t.

Narrated by Aisha (May Allah be pleased with her), I never saw Allah’s messenger laughing loudly enough to enable me to see his uvula, but he used to smile only. And whenever he saw clouds or winds, signs of deep concern would appear on his face. I said, “O Allah’s messenger, when people see clouds they feel happy, hoping that it would rain, while I see that when you see clouds, signs of dissatisfaction appear on your face. He said “O Aisha, what is guarantee for me that there will be no punishment in it, since some people were punished with a wind. Verily some people saw the punishment, but they said, “This cloud will give us rain”. (Sahi Bukhari)

Due to disasters iman (faith) of a believer can be shaken off, it is difficult to return to Allah with the same level of iman which was before disaster.

Patience becomes a punishment. Shaytaan finds every possible trick to lower the faith of a believer. Thankful moments to Allah become ungrateful with loads of anger, displeasure, complains, dissatisfaction and discomfort. It is the peak time to understand how one is being tested by Allah and act wisely that befalls. Patience is an attribute to which Islam attaches great importance. Being patient during disaster is the best attitude towards faith in Allah. As mentioned in holy Quran:

“Nothing will befall us except what Allah has decreed for us: he is our protector.”  (9:51)

The holy Quran is beautiful in all, provides solutions to those who are in patience, and directly affects the heart and soothes it in the hours of trail and difficulty. Most of these verses are directly or indirectly related to the virtue of patience. Patience is to restraint from anxiety and remain calm in hardship. It is a virtue which enables us to proceed towards worthy goals and remain unaffected by difficult situations. Every believer who believes in Allah will be tested. Such test can come in the form of fear, hunger, and illness, loss in goods or lives. No one can have a completely blissful life without hardships. But Allah  does not burden a soul greater than it can bear. Whenever He afflicts us with some difficulty, He gives us hope too. We are not left alone with trails and hardships.

Our thoughts have a powerful ability to determine our feelings and emotional states and ultimately affect how we behave, for better or worse. Islam teaches us to direct the act of reflection or deep thoughts towards the signs of Allah, to his blessings and wonders, to hope in the hereafter, and to be optimistic. We can increase the effectiveness of our prayers and worship when disaster strikes and relieve ourselves from the anger, depression and anxieties that worldly thoughts induce us. Thinking about the blessings of Allah  is itself an act of worship that leads to gratitude, contentment and happiness. It takes no significant effort from us and yet it produces great results in our lives. When a disaster or calamity befall make supplications, we should affirm it in our hearts and minds that Allah  has without a doubt already heard and answered us. Sometime the answer does not come the way we would expect. But as long as we pray for good and expect good, the answer has already been fulfilled ever if we do not know how? As long as we continue praying and supplicating, the answer is sure to come even if it is stored for the next life. In contrast, we are in danger of having our prayers unanswered if we get frustrated or stop praying. When someone becomes pious, Allah resolves his problems and open doors of blessings to him and when someone repents Allah takes away their torment. The act of being patience is beneficial for all those being tested by Allah. If they face a calamity or a disaster with patience then they will get reward for this.

May Allah save all of us from disasters and his wrath through which He punishes transgressors and give us vision so that we can reform our self and help those who are under trial. The rewards of being patience are immense. As such, being patient is one of the best ways to seek Allah’s mercy. Patience is not just a matter of will power instead it is Allah’s gift for us. 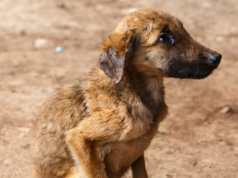