In an enraging and heart-breaking move, India’s premier investigating agency CBI tasked with finding missing JNU student Najeeb Ahmed declared its intention to file a closure report of the investigation. By stating that it had “exhausted all leads” even when it is clear that it has not, the CBI has surrendered to political interests and thus abdicated its public responsibility. Despite public pressure and protests for a fair investigation, the CBI has decided to prioritise the interests of the right-wing government and protect its violent cadre.

Since the start of the investigation, the CBI has strenuously objected to providing status reports of the investigation to Fatima Nafees, Najeeb’s mother and has completely kept her in the dark. When the status reports were received from the Delhi Police to her lawyers, the theory that Najeeb left on his own was comprehensively disproved, Colin Gonzalves, Fatima Nafees’ lawyer argued.

Citing the Minnesota Protocol (UN Principles on the Effective Prevention and Investigation of Extra-Legal, Arbitrary and Summary Executions, including enforced disappearance) Mr. Gonzalves also argued that the status of the investigation should be shared with the victim’s family. Instead of treating the victim and the family as “accused”, which has been the case with the right-wing JNU administration, Delhi Police and the CBI, Mr. Gonzalves argued that Fatima Nafees’s plea should be treated on a different footing. Examples of harassment of the family such as midnight raids on Najeeb’s family and well-wishers’ homes, arbitrary requests for blood samples, planting fake news and branding Najeeb as a “terrorist” were cited by Mr. Gonzalves as evidence of the family being treated as accused.

He vigorously objected to the filing of closure report and pleaded with the Court to constitute an SIT comprising officers from outside Delhi, who can conduct a fair and unbiased investigation. This should be monitored and supervised by the Court.

The CBI, making a pretence of a thorough investigation, filed four sealed envelopes containing statements of witnesses, guards, and wardens as per court directions, among other things. Mr. Gonzalves requested the court to peruse these statements, particularly of key eye witnesses, to see if grounds are made for custodial interrogation of the nine accused.

Fatima Nafees said, “I am ashamed and heartbroken that our country’s supposedly finest agency has decided to wash its hands off the case. The CBI admits to me that my son was assaulted but in the court claims that nothing had happened to my son. I am shocked at such blatant lies”. 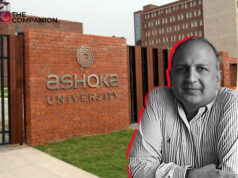