On my first day in a corporate college, coaching for a competitive exam, I was equal parts nervous, scared and excited. But a small graffiti on the wall beside my bench added another emotion to this mixture of feelings; shock. It was just a four-letter word scribbled in red. I was baffled. How can a junior college be compared to that? Weren’t the two years after tenth class supposed to be the best time of your education? Not adults, but not schoolkids. Growing up, but not grown up yet. Lesser rules, no uniforms, more freedom and of course, the most eye-opening experiences. Intermediate, that’s how its referred to as, in local academic jargon. Admittedly, I had enrolled here for only a month, a crash course for the entrance exam, but other students had to spend a minimum of two years here. Classes XI and XII. Aren’t they supposed to be the pivotal, most stimulating, identity-revealing years of a student’s life? Mine were, so I just dismissed it as vandalism by a particularly rebellious student.

After a month of dreary classes, cutthroat competition, daily tests, eight different lecturers teaching the same four subjects, class rankings and practically no social life, I finally understood that wall art. The word  ‘JAIL’ finally made sense to me.

Now, more than two years after my own experience, and hearing of others similar views, I’ve come to realize that it was not the students who were vandals in that situation. It was the college, its education system which was at fault there.

Ah, education. A good, old friend of ours. Defined as” a process of giving or receiving systematic instruction; an enlightening experience.” So when I was in school, I was always told and taught new things, not for the sake of passing exams but for the sake of actually learning them. For gaining knowledge, which was supposed to be the main purpose of education. But lately, the big E-word with all five vowels with it,  has connotations of commercial, expensive and basically, a stress and a burden on kids as well as parents. After ninth level especially, it’s now something that’s been stripped bare of its true meaning, robbed of is the true aim, sucked out of its true essence.

As far as I can remember, the reason we all spent more than half of our waking hours everyday at school, trying to achieve a so-called education, was to learn new things. To seek knowledge and through that, discover yourself. It was made clear that there are many options as careers and you get to choose what you like, and what you’re good at. It would open up our minds, broaden our horizons, teach us how to give back to the society, construct and create something and thus inspire others to make this world a better place to live in. It would let you be anything you ever wanted to be. It was the ultimate power, a source of achievement and happiness combined with relief then you’d complete it. It was honor and dignity and a ticket to creating your niche in the world. It still is all that I presume, for those of us who completed its formal years before the ‘Age of Racers’ set in. I mean, I’m still told the same things, even at my undergrad university,i.e., to study for gaining knowledge and not for passing exams, and that’s what I still believe in.

But the connotations of the same education aren’t the same for my siblings. I don’t know whether I felt his huge shift in such matters due to changing boards of education that there’s this great chasm of difference between mine and my brother’s intermediate education, who is only three years junior to me.

Now, what I gather from him, and from my friends and cousins who attended such colleges is that they are told clearly in the classroom to avoid studying anything that’s non-evaluable. To skip the concept and to focus on the solutions. The entire approach of the teaching method is not aimed at making the student realize, relate and relive experiences they’ve had, in a whole new light of reason, logic, and understanding, but its purely a problem-solving based approach. A chapter is not measured by how many lessons and ideas it gives a student, but by how many questions from it can appear in the exam. There’s a  very rare inclusion of hands-on practical experiences which are supposed to be necessary. There’s barely any relativity of what’s taught within the four walls of the classroom to what happens in real life. There are no more awakenings at random points of time like “oh yes, this occurs due to a phenomenon I learned about last week” which, if you ask me, was the best part of learning new things. And of course, students there have absolutely no co-curricular activities planned or organized by the authorities. If no co-curricular, forget extra-curriculars. No sports, no moral classes, nothing. And I’ve also heard some of the colleges don’t allow you to step out of campus even during breaks. Some don’t even allow you to offer salah or pray! That’s depriving you of a constitutional right, right there. And we allow them to.  Nobody stands up against them because they’re corporate giants and can do anything. Because they make students get first ranks in the entire state, so they can do no wrong.

All this has resulted in the aim of the entire education experience to shift gears from learning and gaining knowledge to passing in exams. I asked a bunch of my friends for reviews on their inter years and here’s what I gathered. Very rarely there are students who find ways to balance their lives with extra activities, make good friends and manage to find a way of praying on campus. But the otherwise, the general views are: Instead of opening their horizons, it’s restricting young minds to textbooks and workbooks where every problem is solved, every multiple choice question’s option selected, every theory answer printed, ready to be memorized. There are little amounts of thinking and reasoning involved. Instead of giving various options for choosing a career, this system marks out a handful of pre-set and pre-determined ways of spending one’s life. Doctor, Engineer, CA, MBA and that’s pretty much it. And there’s rarely a sense of accomplishment at the end of the two-year process. Just acute relief. The entire college experience just consists of sitting in a classroom for 8-10 hours per day, under tons of pressure to score well in meaningless daily tests, with no time or energy left for friendships, hanging out, competitions, debates, group discussions, practicals or any other activities. I’ve never met anyone who went to such a college and says they’ve had a happy time during these years and that they enjoyed them. And, no surprise, there are instances when students from such colleges committed suicide.

So now,  teens and their parents are starting to look at intermediate as a necessary evil, something you just have to get through in life to get good marks, get into a good college, when they should realise that it’s a discovery, a search of your inner self. At the end of those two years, you’re supposed to know what you’re going to do with your life. If you don’t, no worries, you’ll eventually figure it out.

As we have just been through the exam season for tenth graders, there are thousands of innocent  -15 or 16-year old – being pushed by parents, ads, friends, counselors, etc. to pick corporate colleges that promise the highest marks, 100% results, guaranteed ranks. But none of these institutions seem to dispense knowledge, none of them invite you to find yourself, figure out what you’re good at and show you ways of doing it for the rest of your lives. Nobody wants to help you give back to the society you took so much from, or to help change the world.

So to all the tenth graders out there, take your time, utilize this vacation to sit down and think of what you want. Are you ready to sacrifice real knowledge, deep friendships, sports and other extra curriculars, social life, family time and lots of your freedom just to get good marks? Are you ready to leave your birthright of praying to God just to get a high rank? Sit your parents down and explain to them that its not necessary to get into a corporate college to get good marks or get into a good college. You’ll perform according to your capability in whatever college you pick. Give them examples of students who are from regular colleges and still managed to get into good universities and explain to them that its not necessary that whoever gets into corporate colleges, only gets a rank and admission into a good university, that their advertisements only show you the minority who topped and hide the majority whose results are average.

And parents please, kindly listen to your child. Try to understand what he or she intends to do with life. It might not be what you approve of, but if its what makes them happy, please let them do it. As long as it’s legal, that is.  Because I promise you, you’ll prefer a happy child who does what he likes much more than a rich miserable one who hates his job and claims he did everything in life just to make you happy. 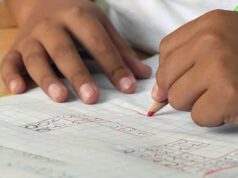 Students Parliament Calls For Reinvesting In Neighbourhood Schools, Warns Against Dangers of Centralisation 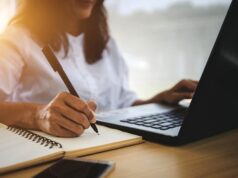