Home Religion & Spirituality In Quest for Peace, Satisfaction and Salvation

Spirituality is a journey of an individual in quest for satisfaction, peace and salvation, which is attained through discovery of self and comprehensive understanding of life, its reality, its meaning and its purpose. This comprehensive understanding is gained through discovery, consciousness and connect of Almighty and His creations, the universe, the skies, the heavenly bodies, stars, constellations, the sun, the moon, the earth and all that lies on and beneath it, its beauties and wonders, the energy and resources it produces, the pattern in which it all works, well balanced ecosystem and environment.

And then this enlightenment leads to struggle, struggle for purification of soul, resistance from evils, perfection of self, excellence of morals, improvisation of character and increase in devotion and worship.

When this enlightenment leads to struggle, then struggle leads to a practicing life of a spiritual soul. It intensifies hunger and desire to do good, be polite, humble, kind and generous. With great spirit to serve everyone around him, he stands with the weak and the oppressed, he dares to voice for justice no matter what may come. Careless of the worldly consequences even in front of a tyrant, he loves and cares for all even those who hate in return, his complete nature begins to transform.

The most dominant trait is love and spirit to sacrifice for someone, something greater than oneself. Islam categorically makes its absolutely clear that Tauheed (Monotheism) is the crux of natural way of life defined by Almighty Allah and an exalted spiritual state can be achieved only through it.

“Allah propounds a parable: there is a man whose ownership is shared by several quarrelsome masters, each pulling him to himself; and there is another who is exclusively owned by one man. Can the two be alike? All praise and thanks be to Allah. But most of them are unaware.”

When a man shares several quarrelsome masters, each pulling him to himself, ‘these masters’ does not only indicate the false gods or idols, but also the evils forces that pull him towards them. Those forces might be external and internal, which encourage to commit mischief, increase greed, envy, pride, lust etc. When these things become his masters, he will transgress and commit an error. On the contrary, If he beliefs the One, the Almighty Allah as his master and surrenders his will to him, then he will surely acquire internal peace and satisfaction even if the external environment is hostile.

In this absolute obedience and surrender to the One Almighty, one can attain peace, satisfaction and salvation- the objectives of spirituality. Exalted state of spirituality can never be achieved or touched but the continuous struggle to improve and excel, makes him a spiritual person with a Nafs e Muthmainnah (Serene soul) and Qalb e Saleem (Pure heart) as called in the Quran. 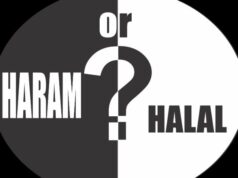 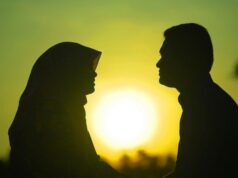 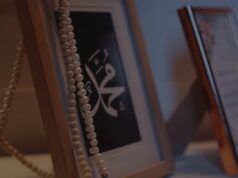