Home Deliberation What Is To Be A Muslim In India? 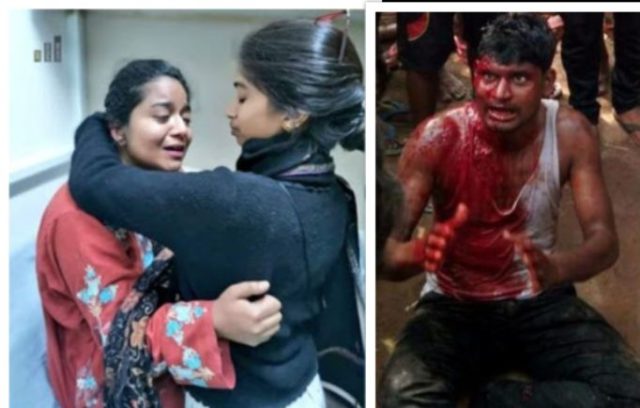 “Two years back in Delhi, while I was returning home from Nizamuddin Railway station, suddenly the autorickshaw driver instigated a conversation upon hearing me greet a friend on call with ‘Assalamalaikum’. He began enquiring about my ancestry; where I came from and how dare I was speaking a foreign language? It cracked open my feeling of questioning my belongingness to the place and that of being unwanted and unwelcomed. Following this event I have had similar experiences in public spaces and several online platforms and it compelled me to ponder on, “What it is to be a Muslim in India”?

In the wake of COVID 19 virus, Indian Muslims have been going through a series of hate campaigns, discrimination while facing several unannounced violation of constitutional human rights. As if the Delhi pogrom was not enough to quench the blood thirsty Hindutva tyranny, that the political right-wingers communalised the global pandemic to wage attacks on Indian Muslims. The Delhi Pogrom which began in February 2020 with targeted violence against Muslims, lasted for a week and took more than 50 lives, leaving many injured, frightened and homeless. Soon after this, hate campaigns and attacks started in the name of curbing the spread of coronavirus, a global pandemic which has taken almost all the countries in its grip.

In the present scenario, to be a Muslim in India is to fight for your existence and rights. What’s right for everyone is wrong for Muslims. For every wrongdoing happening in the country, Muslims are blamed, says Shamaila Fatima, a young Muslim girl pursuing her post graduation.

Since Narendra Modi became victorious in 2014 general elections, India has witnessed an unprecedented series of attacks on Muslims. In the past 6 years, Muslims have witnessed hatred for numerous vicious campaigns like Love Jihad, Land Jihad, Ghar Wapsi and now the Corona Jihad, profoundly run by the Indian Media houses endorsed by Uttar Chief Minister Yogi Aditynath, his Hindutva outfit and Hindu Yuva Vahini and several other BJP politicians.

The organised hate campaigns have strengthened confidence, by many folds, of cow vigilante and Hindutva militants who without any hesitation have lynched more than a hundred innocent lives since 2014. Simultaneously physical assaults, vandalization and barring Muslims from exercising their constitutional rights have also grown exponentially.

Despite thousands of hate crimes reported on regular basis by Muslims, the National Crime Records Bureau (NCRB) database does not feel obliged to track or publish crime against Muslims in India. However, several Human Rights activists and civil society back in the year 2017-18 protested to track and include lynching data in NCRB database but the bureau deliberately chose not to publish those collected data. The collected data were omitted from the final publication.

Hate Tracker started by Hindustan Times and India Spend were also taken down from the internet soon after they started collecting information on mob lynching which were primarily reported by Muslims. The current Modi led NDA government is hell bent on hiding the hate crimes data being collected or published.

Modi led NDA government through its Hindutva foot soldiers has made lives of Indian Muslims unbearable. It keeps campaigning to dismiss equal rights given to every Indian in its Constitution. The current right-wing regime has terrorized the entire Muslim community by giving free hand to hate mongers to assault and attack any Muslim that they wish. Ensured security against law and order has made foot soldiers fearless against committing gruesome crimes against Muslims; they go unpunished like the Uttar Pradesh Chief Minister Yogi Adityanath, Bihar MP, Giriraj Singh, Karnataka MP Anant Hegde and many more. Recently the propagators of Delhi Pogrom Kapil Mishra, Anurag Thakur and Pravesh Verma too went unpunished. It took months to grant bail to Sharjeel Imam while hate mongers like Kapil Mishra roams freely.

Many more young Muslim Activists protesting against CAA are now witch-hunted during the lockdown. Activists like Safoora zargar, Khalid Saifi, Meeran Haidar, Ishrat Jahan, and Dr. Kafeel Khan were the front face of protest against discriminatory Citizenship Amendment Act. These activists are arrested for allegedly hatching conspiracy to entice February violence which started on 23rd February 2020 and resulted in deaths of more than 50 people. Several of them are charged with draconian Unlawful Activities Prevention Act (UAPA). Safoora, first went through vile experiences of character assassination and now she is denied bail by Delhi Court, despite no connection established of her being involved in the violence. Forget the humanitarian ground, she being 21 weeks pregnant is reportedly suffering from Poly Cystic Ovarian Disorder.

Shamaila further adds, Even if Muslims are the victims, they are charged with NSA and UAPA whereas the culprits roam free. Being a Muslim is like living in constant fear of death. You don’t know when you are lynched or get arrested for an absurd charge just because you have a Muslim name. Even in the past, many promising youths have been linked falsely to terrorist organizations but later after many years, they were found to be innocent.

Also Read | Terror In The Name of Cow: Muslim Genocide And Beyond

Soon after the lockdown started Muslims were blamed for the spread of COVID 19 in India and the horrors were mostly experienced by Muslim vendors, Muslims from lower middle class and vulnerable youth and elderlies. Social media platform DOAM – Documenting Oppression Against Muslims published several video documents suggesting Muslims were being denied treatment at hospital, forcefully restricted from calling Adhan, Muslim families denied ration for not chanting Hindu slogans.

Police brutality against Muslims also came into media attention. Several videos suggest that police thrashed and humiliated, pregnant Muslim women, Muslim children and elderly Muslim people as well. One such incident reported from Tanda, Uttar Pradesh in which family of Rizwan Ahmed, 22, accused the police of beating him which later resulted in his death. The leaked video of Arti Lalchandani of GSV Medical College Kanpur and the attack over a young Muslim boy by knife in Motihari, Bihar, for not chanting ‘Jai Shri Ram’ suggests how Muslims are being treated here in India.

Being a Muslim in India is subject to social and institutional discrimination, harassment and easy target for Hindutva extremists. Tarique Iqbal, an assistant professor of gender studies and journalism at a university in Rajasthan, fears of “a perpetual uncertainty of peace for Indian Muslim community as the hate propaganda against minorities has alarmingly increased ever since BJP came to power at the Centre”. He expresses concern that the state seems to play a passive facilitator of Hindutva goals. “Even the independence of the judiciary has taken a beating as it has failed in ensuring the protection of Constitutional rights and justice of minorities”, he observes.

“It’s terrifying beyond words to be a Muslim in new India. And being a Muslim Human Rights activist, it’s hard to explain. On every other post I write on social media, I receive comments like ‘Halala ki paidiash’, terrorist and called Pakistani”, says Mumayyzaa Khan.

On 12th May, Muslim faced another onslaught in the name of Coronavirus spreader, this time in Telinipara, West Bangal. The homes, shops were burned and decimated, two of the mosques and a shrine vandalised. The Guardian reports that “The trouble began for Telinipara when it emerged that five Muslims had tested positive for coronavirus in early May. Within hours, in many Hindu majority localities of Telinipara, the residents set up blockades on roads and lanes to bar Muslims from entering”. Muslims even were barred from using public toilets and collecting food provisions from the ration shop. The violence began on 10th of May when a gang of young Hindus broke into the village and attacked a group of Muslims.

The Indian media has a major role in instigating hatred and violence against Indian Muslims. Many of satellite news channels have repeatedly spread false and fake information accusing Muslims of spreading coronavirus. Mohammad Reyaz, a former Journalist and currently Assistant professor of Media Studies at Aliah University, West Bengal explains the role of Newsrooms in inciting violence against Muslim, he says, “Take the example of Tablighi Jamaat fiasco, not many people even knew about them, but after the allegation of Tablighi Jamaat purposely spreading corona virus, political class and news rooms vilified them, connected them with terrorism and in the process instigated violence against them”. He further says, “Newsrooms have normalized and made hatred against Muslims mainstream, even common people, educated people are not ashamed anymore of their hatred against Muslims. Of course political class role is very important in it, but what the news media has done is legitimized these narratives which only a decade ago was considered rabid and fringe, and further with the help of the social media spread them to corners of the country”.

Wave of fearless and courageous Muslim

The war against terrorism is actually targeted at Muslims across the globe. Many countries and uncounted innocent lives were destroyed. Muslims in each part of the world were defamed, terrorized and eventually marginalized. Though in past few years, many young Muslims have come forward carrying their identity with pride and the commitment for defending their rights.  The Shaheen Bagh protest started against the discriminatory Citizenship Amendment Act (CAA), and later spread across India is the classic example of Muslim youth reclaiming their dignity, rights and defending constitution of the country.

However, in the past few months the government unjustly detained Muslim youngsters who rightfully stood against the tyranny. The BJP government continuing the witch hunting of CAA protesters, accusing them of Delhi pogrom and slapping with charges like UAPA.

Assistant Professor Mohammad Reyaz says, “I see this as nothing but an attempt to silence the new leadership that was emerging. I don’t think though that the state will be able to silence them now, however, coming few years – or decade – maybe challenging for the Muslims. I won’t be surprised if the things get even worse for Muslims and their marginalization would deepen, but what gives me hope is the new youth leadership”.

This generation of Muslim is undoubtedly witnessing the brute crimes and blunt discrimination, many have been arrested under draconian law yet the new and the bold Muslim leadership is awakening.

For the first time since independence Muslims have refused to carry anymore the responsibility of the partition. The community has mobilized itself for justice, rights and freedom. The awakening has ensured the voices which earlier were only with Muslim politicians, religious leaders and the elites now has reached to students, women and the commoners. They are occupying streets and taking social media platforms to fight back. Youngsters like Asif Tanha, Farhan Zuberi, Mohd Amir and many more are put behind the bars yet people like Ayesha Renna, Ladeeda Farzana, Afreen Fatima Sharjeel Usmani, Faisal Nadeem and many more to name, from small and big cities are registering their dissent. The new unapologetic young Muslim leadership is fiercely ascending to defend the constitution, reclaiming justice and the rights. 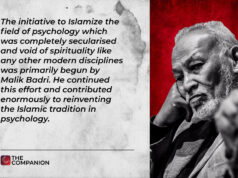 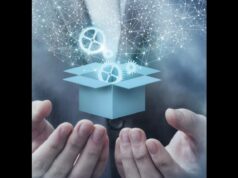 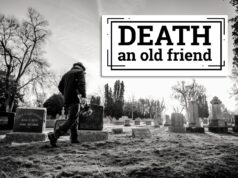