Citizens Dignity Caravan is the national caravan organized by Fraternity Movement. Fraternity movement is a collective of like-minded youth who believes that citizens are duty-bound to design the future of the country in an inclusive framework. In this vein, Fraternity Movement is aiming to conduct a National Caravan to establish friendly relations and fraternity among existing social and political organizations in India with the aim of building up larger alliances and platforms to fight existing injustice, inequality, discrimination, divisive government policies and polarisation, police brutalities and state witch-hunt of dissenting voices. The caravan will cover anti CAA protest sites and other protests at universities across India in 15 states and 50 campuses, 100 cities, 100 solidarity meets and 200 protest sites.

The press conference reiterated the following facts recognizing the existing social, economic and political crisis in India. India is a ‘Sovereign Socialist Secular Democratic Republic’. The constitution of India ensures Justice, Liberty, Equality and Fraternity to all citizens. Keeping up with this democratic ethos, the Indian Constitution accommodated diverse people and cultures, and safeguarded citizens’ rights. However, there are inconsistencies and irregularities in governance in India. Only a few people, specifically the multi-billionaires are sole beneficiaries of the ongoing development propaganda where Adivasi communities are facing an existential crisis. The promise of ‘development for all’ remains unfulfilled; policies of demonetization and GST have broken the Indian economy.  Harassment against women, transgender community and other minorities is growing every day. Political parties are barely interested in anything more than peripheral issues. The opposition block in India is dead. Governments at the centre and in states in India today are turning into dictatorial regimes. Existing hierarchical social system is hindering social justice and development. Marginalisation and oppression of different sections of society based on religious and caste identities, e. g., Muslim, Dalit, Adivasi etc. unveils basic flaws in the practice of democracy in India. This invokes the need for representative democracy and social justice. Political participation and equal representation is the only solution to the social and political crisis India is facing today. Larger platforms of unity, solidarity and fraternity among the people of India to contemplate over existing challenges to the social order and to develop possible methods of social and political empowerment is an initial step in the long fight.

Fraternity movement also holds that dissenting voices and diversity in India are being suppressed especially by the BJP government and right-wing forces using state machinery. Civil society which is supposed to be a check on the government has itself become a prototype of the regime in power. People, especially the historically marginalized communities are being crushed in the process of defining the ‘true’ Indian; the present government under the influence of Hindutva forces is targeting innocent Muslims, Dalits and the minority communities which is leading to social, economic and political backwardness. Lynch mobs make their presence everywhere. The newly introduced Citizenship Amendment Act (CAA), National Register of Citizens (NRC) and National Population Register (NPR) unveiled the divisive political approach that has been dominant in Indian politics especially since 2014. There is an attempt to coalesce majority votes by spreading hatred towards minority communities, thus creating a common enemy in society which is a conscious attempt to spread fear in people’s minds. As a consequence, ‘collective consciousness’ in India has been structured around the ‘politics of fear’ and the existence of a ‘common enemy’. Under these circumstances, Citizens Dignity Caravan is expected to open up new platforms to establish friendly relations among citizens and equal participation and representation in the public sphere in order avail each citizen their own share in social, economic and political spheres. This will only give way for a democratic society to succeed in its truest sense and spirits. To fight this political battle, fraternity movement will uphold the politics of fraternity by establishing friendly relations across caste, class, gender, religion and regions. 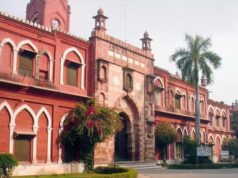