Home Campus voice Where Is Najeeb? The Question of Justice

It has been two years since the enforced disappearance of Najeeb Ahmed happened from this university. On Oct 8, 2018, the habeas corpus petition regarding Najeeb Ahmed has been disposed off by the Delhi High Court. Fatima Nafees in her press statement said, “Our plea that the case be transferred to a Special Investigation Team (SIT) has been declined. This setback will not deter us from our struggle for justice for Najeeb. Fatima will challenge this order in the Supreme Court and we will rally in her support.” In the duration of two years, prime investigative agencies of this country from Crime Branch of Delhi Police to Special Investigation Team to CBI took up the case of Najeeb and failed miserably to find whereabouts of Najeeb. Contrary to this, they just acted as puppets of the state and did not go beyond half-hearted attempts to investigate the case fairly and thoroughly.

These agencies are so incompetent that they could not even break the pattern lock of the mobile phones belonging to Najeeb’s assaulters. These are the same agencies that are capable of and have had a long history of framing innocent Muslim youth, by carrying out intense surveillance, seizing and hacking their personal devices and creating far-fetched theories based on such acts. Since the initial days of Najeeb’s disappearance, these agencies tried to connect Najeeb with “terror‟ outfits. Initially, they said Najeeb might have gone to Jamia by his own, then they tried to come out with a fabricated story of seeing him in Darbhanga and finally, they tried to prove that he joined ISIS by releasing some fake media news stories which Delhi High Court rejected as falls. As we have asserted time and again, these names and choice of places are not an innocent one – this is Islamophobic dog-whistle politics which has a long history when it comes to the framing of Muslims in this country. In order to cover up their political bias, allegiances, and lack of interest in carrying out a just and free investigation, they instead fostered and sought refuge by way of creating doubt over Najeeb’s innocence and his experience of violence. Places like Jamia and Darbhanga have been rendered vulnerable by their construction as deadly hubs of “terror‟ in the public imagination and collective conscience of the country for many decades now, and making unsubstantiated claims of tracing Najeeb to these spaces not only revealed their intentions but derailed the investigation significantly. In a significant development, top media houses have accepted that the news linking missing JNU student Najeeb Ahmed to ISIS was false and without basis. They have agreed to remove all the defamatory material against Najeeb. The Delhi High Court has directed them to retract all the articles and video clips from their websites. YouTube links to these false propaganda videos are also to be removed (Press Statement by Fatima Nafees, 10th Oct, 2018). Despite this order Times of India and Times Now have not removed the content.

Since the first day, when Najeeb was at the receiving end of violence, all involved parties who could have otherwise protected him and prevented his disappearance – including his roommate, hostel authorities, JNU Administration and media houses – projected him as a culprit. Those perpetrating the actual physical violence solidified and spread the narrative that Najeeb was the first one to initiate violence, thus justifying their counter-attack and rendering Najeeb as suspect. In the long tradition of established stereotypes of Muslims as intolerant, prone to violence and inherently a threat to co-existence, the widely seen and witnessed violence on Najeeb was obscured and justified by this completely false and constructed narrative that Najeeb attacked innocent residents of the hostel who had merely come to his room, without provocation. It was further tinged in the narrative that Najeeb was “provoked‟ by the mere sight of a red thread on someone’s hand – a suggestion so improbable that it bounds on the impossible – but the narrative was spread unchecked and did the damage it was meant to. Alongside, his roommate wrote a letter – which he later denied on flimsy grounds – arguing that he felt threatened by Najeeb’s behavior towards him. All of these further worked to render Najeeb utterly vulnerable and alone in the hostel: apart from being physically assaulted, being the subject of anti-Muslims slurs and facing expulsion from the hostel.

Then Mahi-Mandavi hostel administration and JNUSU leadership identified him guilty of attacking three students of the same hostel who were among the perpetrators of the violence along with the requisition to keep Najeeb Ahmed out of bound from the hostel. How can we expect timely response to the violence on Najeeb Ahmed followed by the enforced disappearance? The then- JNUSU leadership not only branded him as guilty, but also they hid the issue from general student community of this university for the crucial period of the first forty hours. Over the past two years, their unwillingness to accept that the attack on Najeeb happened due to his identity as a Muslim, as well as their complicity and failures can be seen as a total betrayal to the fight of Justice for Najeeb.

Today, two years have passed. While our hope and commitment remains constant, it is highly appalling that even the basic principles of natural justice have collapsed in the investigation carried out by various agencies, the latest being the Central Bureau of Investigation. Despite relentless pressure, the CBI made no headway in the case – and perhaps, it never wanted to. The laughable statements that that supreme investigating agency of the land cannot access mobile phones, their refusal to give status updates fairly and transparently to Fatima Nafees, their deliberate wastage of time by giving old status reports in court, and their overall incompetence has meant that the wait for the return of Najeeb has only been going on for his loved ones and for the university community. We can only hope that the Supreme Court will be more ready to carry out this task, and will ensure some sense of justice. 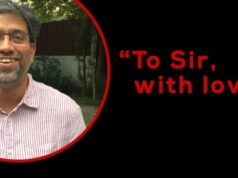 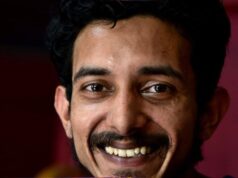